WRITE A REVIEW FOR YOUR CHANCE TO WIN!

Delve into the world of Shakespeare and Hamlet. Borrow a related book, story or play from the library, see Hamlet: Prince of Skidmark at The Joan (3 & 4 September), or watch a short animation of one of Shakespeare’s play and tell us what you think with your own book, theatre or video review.

Scroll down to find some great books to borrow and animations to watch, or book your ticket to see Hamlet: Prince of Skidmark at The Joan here.

Click here to write a book or theatre review;

After your have submitted your review you will receive a unique word or code;

Click here and submit your unique word or code, along with your details to enter the prize draw.

Enter before 5pm Friday 1 October, 2021 for your chance to win one of five amazing prize packs thanks to Critical Stages Touring, The Listies and Allen & Unwin Books. Each pack consists of:

E-BOOKS AND E-AUDIOBOOKS VIA LIBBY 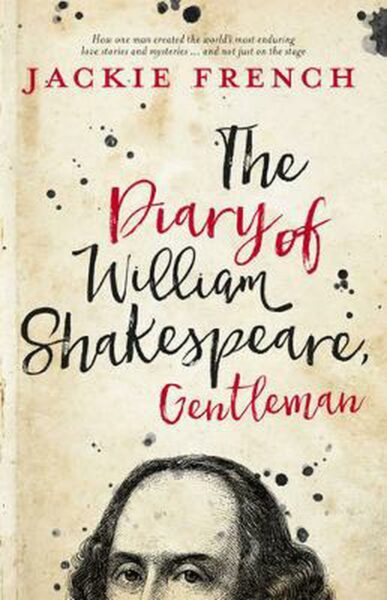 The Diary of William Shakespeare, Gentlemen is part comedy, part love story, the threads of Shakespeare’s life drawn from his plays. Could the world’s greatest writer truly put down his pen forever to become a gentleman? He was a boy who escaped small town life to be the most acclaimed playwright of the land. A lover whose sonnets still sing 400 years later; a glover’s apprentice who became a gentleman. But was he happy with his new riches? Who was the woman he truly loved? The world knows the name of William Shakespeare. This book reveals the man – lover, son and poet. 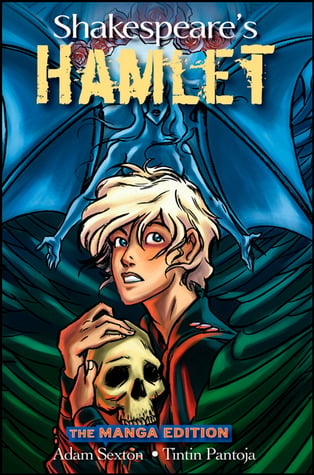 The sudden death of the king, later revealed to be murder. The queen’s all-too-sudden remarriage to the king’s brother, the murderer. The grieving, suspicious Prince Hamlet. Supernatural visitations. Plots, leaks, and counterplots. Poisoned wine. A rigged sword fight. Revenge. This fast-paced, graphic manga edition gets you caught up in the conflicts and passions that makes Hamlet one of Shakespeare’s most beloved tragedies. 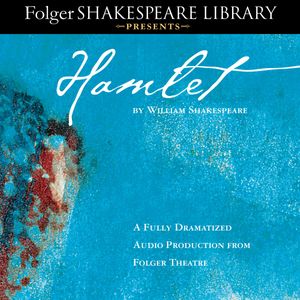 Hamlet—Shakespeare’s most popular, and perhaps most puzzling play—follows the form of a “revenge tragedy,” in which the hero, Hamlet, seeks vengeance against his father’s murderer, his uncle Claudius, now the king of Denmark. Much of its fascination, however, lies in its uncertainties.

This new full-cast recording—based on the most respected edition of Shakespeare’s classic—expertly produced by the Folger Theatre, is perfect for students, teachers, and the everyday listener. A perfect introduction for all ages to the breadth and beauty of Shakespeare’s work, the tales bring the power of Hamlet and Macbeth, the fun of A Midsummer Night’s Dream, and the drama of The Tempest to life. Blending detailed narrative with original dialogue and poetic language, they fully convey the wit, wisdom, and imagination of Shakespeare’s magnificent plays. 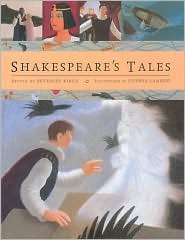 This book retells four of Shakespeare’s most well-known plays: Antony and Cleopatra, Hamlet, Othello, and The Tempest. With beautiful illustrations and poetic yet easily understood language, this book is the perfect way to introduce young people to the work of Shakespeare. A retelling of Shakespeare’s Hamlet, written in rhyming couplets especially for young readers and performers, includes illustrations and comments by children. Terry Deary re-tells the bard’s ten best stories … with a modern twist. From midsummer mix-ups and magic, to ten dead in Denmark, fans will love Shakespeare’s stories presented as never before. With fact files on Shakespeare’s foul wordplay, quick quizzes ad hilarious cartoons throughout, this title is 100% Horrible!

Title: How to Stop An Alien Invasion Using Shakespeare 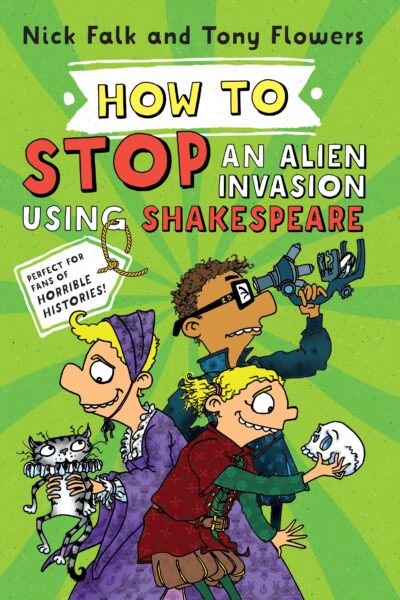 Mr Pilchard is furious. His class came last in the poetry contest, mostly because of Sid’s terrible effort. He gives Sid an ultimatum – write the winning entry in the upcoming story competition or be fed to the classroom guinea pig. Sid turns to his sister, Wendy, and his evil-genius neighbour, the Mighty Professor Skeletron, for help. Together, they consult a psychic cat who leads them to the perfect solution – give a Shakespeare story a sci-fi twist. But when their story comes to life and causes an alien invasion, they have to find a way to travel back in time and change the past. 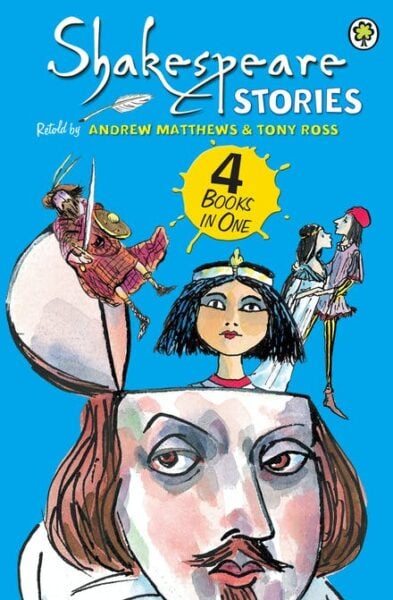 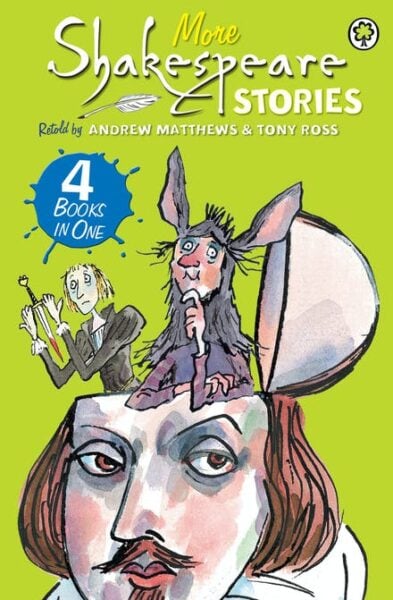 Andrew Matthews’ classic retellings of Shakespeare’s best-loved plays, Illustrated by the award-winning Tony Ross. The easy-to-read writing style and fabulous illustrations bring the well-known characters and their stories to life. A fantastic introduction to Shakespeare for the younger reader. 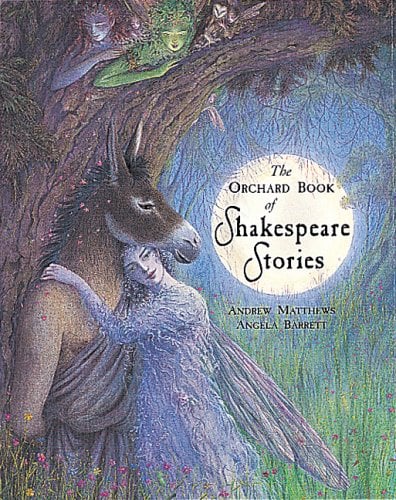 Andrew Matthews’ lively retellings capture all the drama and excitement of eight of Shakespeare’s best-loved plays including Angela Barrett’s beautiful illustrations bring the well-known characters and their stories gloriously to life, including Romeo and Juliet, A Midsummer Night’s Dream and Hamlet. 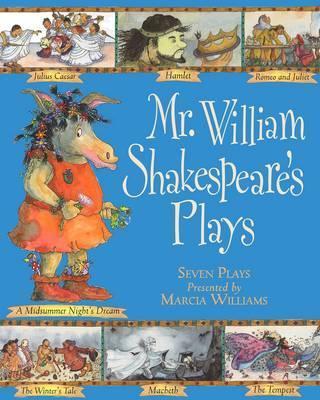 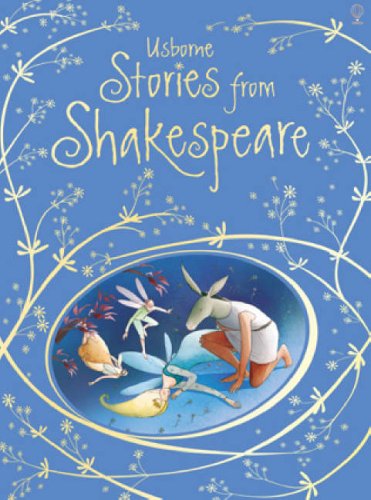 A luxurious new edition of this popular title which retells some of Shakespeare’s best known and loved plays in story form. 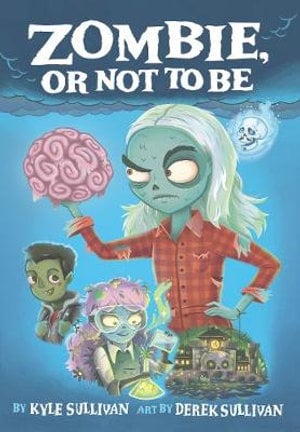 Title: Zombie, Or Not to Be
Author: Kyle Sullivan
Illustrator: Derek Sullivan

This brainy and hilarious middle-grade adaptation of Shakespeare’s Hamlet follows a young science-minded zombie named Edda as she deals with a myriad of death-altering problems including a climate crisis caused by the anti-science humans in Ignorway, the disappearance of her mom, and the greedy scheming of her villainous Aunt Agonista. 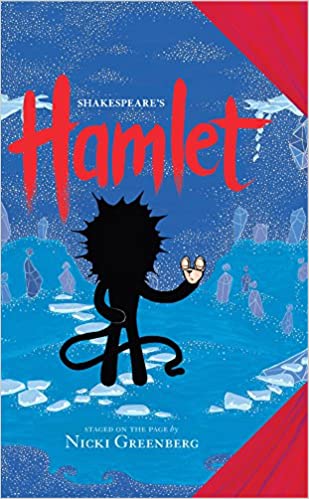 In a graphic, teen fiction telling of Hamlet, Nicki Greenberg creates a sumptuous staging of Shakespeare’s enigmatic play on the page, a visual feast with drama that intensifies both on stage and off. 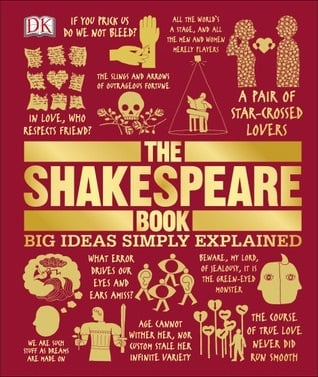 This series for school students looks at the work of William Shakespeare, and is packed with witty illustrations and inspirational quotes. Easy-to-understand graphics and illustrations bring the themes, plots, characters and language of Shakespeare to life. 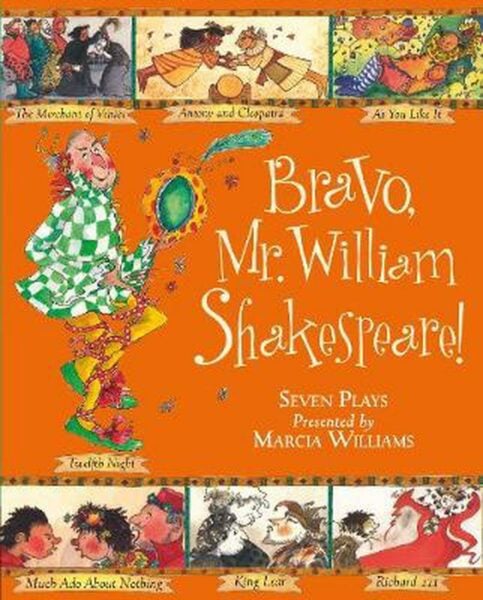 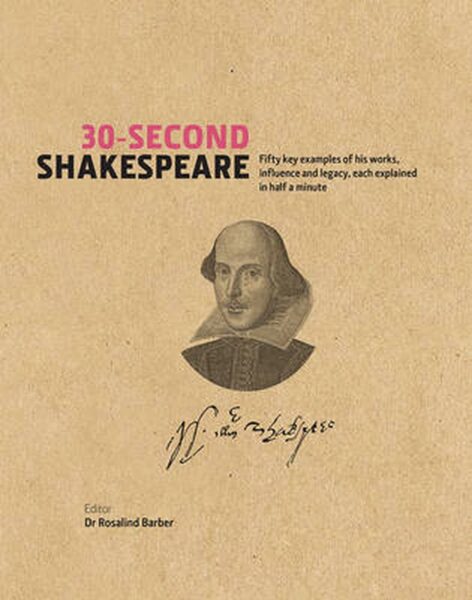 Title: 30-Second Shakespeare: 50 key aspects of his works, life and legacy, each explained in half a minute
Editor: Ros Barber
Illustrator: Ivan Hissey

This title grapples with the world’s most famous playwright, from what we know of his life and the intrigue of the authorship question, to uncoding the meanings of key concepts, themes and motifs, as well as the Bard’s extraordinary enduring literary and linguistic legacy. 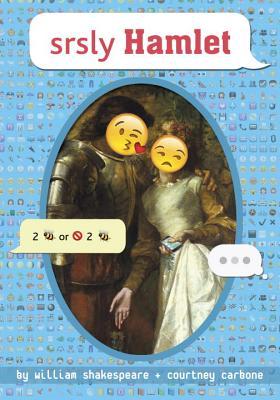 Imagine: What if Hamlet, the Prince of Denmark, and the tragic Ophelia had smartphones? A classic is reborn in this fun and funny adaptation of one of Shakespeare’s most famous plays

<3 and h8. The classics just got a whole lot more interesting. 😉

tl;dr A Shakespeare play told through its characters texting with emojis, checking in at certain locations, and updating their relationship statuses. The perfect gift for hip theater lovers and teens.

Alternatively, you an find and watch a short animation of Shakespeare’s famous plays online or pick one from the links below on the British Council website.

CLICK HERE TO BEGIN YOUR BOOK, THEATRE, OR VIDEO REVIEW

Thanks to our Sponsors