Based around the essay by F. Scott Fitzgerald – with contributions by other luminaries of the day

A lively evocation of the Roaring Twenties through words and music, presented by two of Australia’s leading artists.

Bell is one of Australian theatre’s most illustrious figures, having played a role in the development of our nation’s rich artistic culture as an actor and director, and founder of Bell Shakespeare. Tedeschi is one of the most acclaimed and sought-after pianists in Australia, known equally for his performances of Schumann, Grieg and Mussorgsky as his Gershwin and jazz collaborations.

Dazzling music, a touch of gravitas and just a whiff of nostalgia… a tantalising trip back in time with John Bell and Simon Tedeschi – plus the amazing Blazey Best.

Creative development for Echoes of the Jazz Age is generously supported by City Recital Hall and the Joan Sutherland Performing Arts Centre. 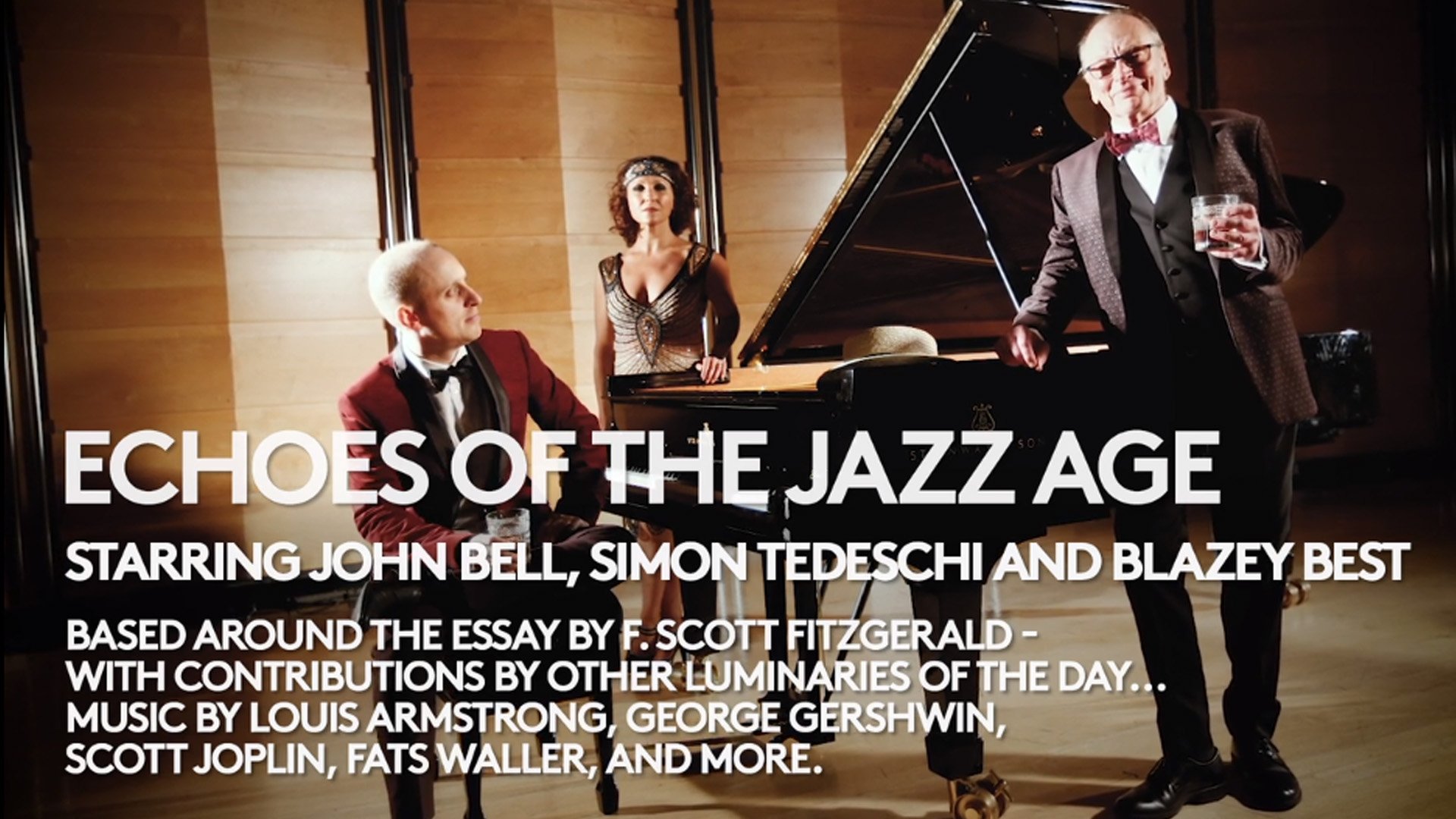